The rich archaeological of Central America

The archaeological project of the Mirador Basin in Flores, Petén (Guatemala) has discovered the first network of roads of the Mayan world.

The Mirador basin, part of the Maya biosphere reserve, is considered the greatest tropical jungle reserve in America. In this area the Mirador Basin project is carried out; this team recently discovered the first network of roads of the Mayan world. According to the director of the program, Richard Hansen, with this finding it has been confirmed that Guatemala could be the cradle of the Maya civilization.

The roads are more than 240 kilometers long, and it is thought that they were used for the transportation of goods. This is a unique discovery of our time, because provides details that had not been identified in any other Central American area.

– In Honduras, you will find the ruins of Copán, which were declared a UNESCO World Heritage Site in 1980. They are known for being fascinating because they were the ancient capital of the Maya Kingdom between them fifth and ninth centuries.
– To the West of the main ruins of Copan you will find the Yellow River Archaeological Park, a gradual discovery of recent years that still has an active group of European and Central American experts working on the excavations.
– In the new Lourdes archaeological site, traces of daily life in Pre-Hispanic times in the country and the rest of Mesoamerica were discovered

Come visit us and find your destiny: www.visitcentroamerica.com 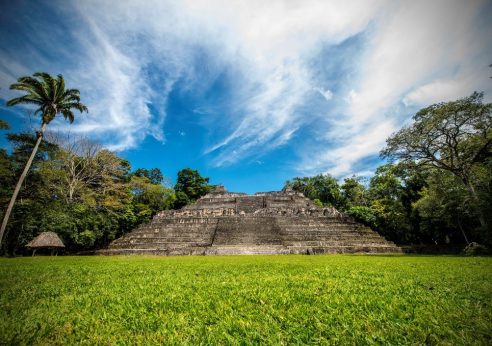