Dutch travellers are increasingly choosing to cruise, according to the annual survey completed by the Cruise Line International Association (CLIA). 6,000 more passengers booked a cruise in 2017. This is a significant increase of almost six per cent against 2016.

Dutch travellers still prioritize the Mediterranean which remains the number one cruising region for Dutch holidaymakers, despite a small decline in numbers against 2016. In 2017, Northern Europe was the second most popular cruise choice and was up 13 per cent compared with 2016, and in third place, the Caribbean saw a significant rise in passengers from the Netherlands, and was up by more than 27 per cent.

A boom in short cruises of two to three days – showing a 37 per cent on 2016 figures – is a great sign that more people are trying a cruise for the first time as these are excellent entry-level choices.

Key figures for CLIA Netherlands are:

Andy Harmer, senior vice president membership, CLIA, said: “The increase of Dutch cruise passenger’s in 2017 is really encouraging. As per last year, they continue enjoying an average of nine days onboard cruise ships – more than southern Europeans who tend to stay 7 to 8 days on board. They are also becoming more adventurous by choosing more discovery and ‘exploration’ cruises to destinations including the Galapagos, Antarctica, and Arctic. This cruise segment in the Netherlands increased by more than 10 per cent in 2017, against 2016.”

More unusual, long-haul cruise itineraries are also proving popular with Dutch travellers. Cruises in South America and through the Panama Canal grew by nearly one-third last year, up 30 per cent.

Overall the European cruising market has been steadily growing for the past ten years, reaching over 6.9 million European passengers in 2017.

Across the European markets, the five-year trend is upward in all countries, particularly in Germany with a strong 8.5 per cent growth reaching a record of nearly 2.2 million passengers. UK and Ireland was up by 0.5 per cent with over 1.95 million cruise guests, Italy has grown to nearly 770,000 passengers with a 2.5 per cent growth, whilst Spain took the fourth leading market position, and continued its expansion for the second year running with a cruise market progressing by another 6.4 per cent.

Similar to previous years, Europeans tend to cruise in Europe as 75 per cent did so, but this percentage is slightly down compared to previous years due to the lower volume in the Mediterranean and the higher volume in the Caribbean. 50 per cent of Europeans chose the Mediterranean and the Atlantic Canary Islands, and 25 per cent went northern Europe and the Baltics.

The 2017 findings also revealed that there is a clear relationship between average age and cruise length and confirmed that older generations tend to cruise for longer periods. The youngest cruisers are in Italy while “oldest” ones in Europe are in UK, aligned with the longest average cruise length. In terms of destinations, the shortest cruises for European passengers are in the Mediterranean and are aligned with the lowest average age. The Baltics and Canary Islands destinations welcome a majority of slightly older passengers, travelling for longer periods of time.

Key figures for CLIA Europe are: 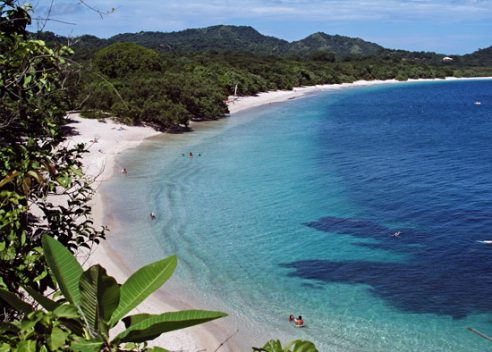